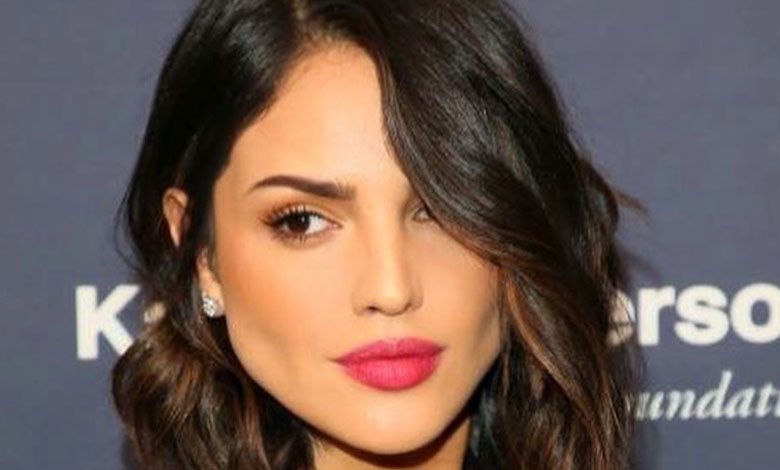 Lipstick On The Rim: How Eiza Gonzalez Is Breaking The Mold For Latins in Hollywood, Her Booty Workout To Get You Snatched & The Facial She Can’t Live Without.

For this week’s episode, we are joined by actress, Eiza Gonzalez. Eiza is the badass beauty of Hollywood and she walks us through her journey from Mexico to Hollywood. Tune in to hear her booty-snatching workouts & the secret facial that saved her from adult acne. We’re talking about what it was like to be a child star, the importance of Latin representation in Hollywood & how she’s breaking the “bombshell” label.

[Eiza] The Importance of Supporting Women

Molly & Emese tell Eiza how excited they are to have her on the podcast and how much they adore Eiza. “It’s very inspiring when I meet other women that that really recognize the struggle and the journey of other women”, explains Eiza. “Because I don’t like to be gender-specific, but it is really hard to be a woman, and it’s very hard to be a woman in this business and make your own mark. It takes a lot of effort, and I really I’m all about empowering other women’s journeys and voices, and really pushing through because I think we’re stronger together and you know.”

Eiza explains to Emese & Molly what her journey from Mexico to Hollywood was like. “I grew up as a normal nineties kid with, which as a 13 year old in the nineties versus the 13 year old today is like day and night”, explains Eiza. ” I didn’t know what makeup was,  I didn’t do my hair and never in my life had I ever heard about lifting a weight. I was just a normal kid, probably rolling around with a unibrow. When I hit the industry,  I became an overnight success. I booked a humongous show and became a teen pop idol at a really young age.”

[Eiza] The Pressures of Being a Child Star

“I started at 14, and I was going through an eating disorder at the time. I was binge eating because I was dealing with depression. I was chubby”, Eiza explains as she describes what her journey was like with the media and having all eyes on her as a young girl. “My mother never put pressure on me, which was a blessing, but sometimes I remember through my teenage years kind of hating on her because I was like, I wish you would have pushed me to be prettier or get on a diet because I would have avoided all this hate and this mean bullying. It was just so confusing because there I am…I blow up. I’m a public person now. And now I don’t hit the standard of what people expected me to be.”

[Eiza] On Advice to Her Younger Self

Molly asks Eiza what advice she would give to her younger self. “I think that when I look back, I would say don’t be embarrassed of your journey because every stage of our lives defines who we are. I think that there’s this social illness where we have been taught to be embarrassed of struggling and you always want to show, I’m fine. How are you doing? I’m fine. I’m fine. I’m totally fine. We always have that mentality. At that time, I just wanted to have it all together. I wanted it to be that perfect version that everyone wanted me to be. I wanted to be perfect for everyone.”

[Eiza] On Breaking The Mold

Eiza explains to Molly & Emese how booking one movie role was a major turning point in her career and in her life. “I remember I was blonde. I was bleached blonde. I was insanely skinny and had no curves. He (the director) was like, you can transform for a role. You can do this. I believe in you. You have it. I can see it in you…And I did it. I was so proud of myself.” Eiza goes on to explain, “So now I’m in the latter side of my career, which is I’m a bombshell. Next up is Baby Driver, where I’m playing this super confident woman because it was part of the role. The character is a woman, who’s a criminal and rolling with the hardest guys in the streets. She has to have a lot of confidence.”

[Eiza] On Stereotypes Around Latin Women in Hollywood

“I feel like there’s a lot of stereotypes attached to Latin women. Which is sex, a bombshell, she’ll steal your husband. We’re slowly changing that, but there’s that bombshell hide your husbands, hide your wives stereotype attached. It’s just all these archaic stereotypes that make no sense. It honestly blows my mind sometimes that people in the industry who have an education, have seen and experienced many cultures, and still believe and thought these things.”

“Now I’m in these two projects, and now I’m going through a career trying to take away the stereotype of me being a bombshell being too pretty. Now I’m thinking, why can’t one director take me seriously. I felt like I was seeing a lot of white women going through and shifting roles, but I couldn’t come out of the box. It was like, no, you are in that box. You stay in that box, but she can be multifaceted.”

“I do think that minorities just don’t get enough shots and we don’t get opportunities”, explains Eiza. She mentions how that is slowly changing and they are finally being heard. “I think it’s because we’re restless. There’s no way you can’t hear us, and we’re going to raise our voice until you hear us. And I’m one of those people. I will not cave. I don’t go for roles. I fight for roles. I leave my heart on the battleground. I have to go in and try to convince everyone why I’m good for this.”

[Eiza] On Paving the Way for Her Culture

Eiza mentions how she moved to the US in the early 2000s. “There were no opportunities for Latin women”, says Eiza. “If I told you the number of auditions I had at that time, to what the girls coming in at this generation have, it’s like night and day. That makes me think of Salma Hayek and where she was back then. That’s why I admire her so much. She made it when there was no paved ground for her. She was single-handedly opening it for herself.”

“When things changed for me it was because I started thinking of being of service to others and becoming a voice for people that have no voice. That’s my culture. There are people that look completely different in my culture. There are people that are Native Mexicans, Indigenous people with different features, there are blonde blue-eyed Mexicans and then there are brunettes. There’s a library of different people. So I’m going to just try and focus to open doors for others. I’m going to pick myself up. And for the hundred times, people say no or that I’m not right, I’m going to prove them wrong, and I’m not going to win them all. But if I had only focused on myself, then I think I would have thrown in the towel a long time ago.”

“I want my culture to feel seen & heard, and that’s where I started focusing on looking for roles that would allow that. No matter the size of the role, they were all big opportunities to portray a contemporary Mexican woman. It is important because I am not playing into stereotypes, and I’m doing roles that little Eiza wished she would have seen. If I move one person towards their dream, that’s all the matters to me.”

[Eiza] On The Importance of Struggles

“I feel more inspired than ever. I’m glad that I went through the pains that I went through.  I am who I am today thanks to those struggles. I’m also prepared for what’s next. All of my struggles are what keep me afloat. I feel very inspired by the movement that is happening. I am grateful for studios like Netflix who have a vision and who have an international range. The fact that technology’s changed so much and now shows from Spain, Latin America, Bulgaria and all over the world are some of the biggest shows is amazing to see. That allows people to be seen.”

Molly asks Eiza what her go-to workout is. “Pilates is the only thing that really gets me snatched”, explains Eiza. “I struggle with cellulite a lot, and it’s genetic. I just have it, and I have a lot of it.” Molly asks if she has tried anything that helps with cellulite. “When I cut dairy and sugar out of my diet, it gets better,” explains Eiza. “At this point, I try to own it. It’s a battle with my body, and I can’t fight it. It’s there, and it’s going to exist.” Lipstick on the Rim: Body Positivity and The Modeling Industry with Iskra Lawrence

Iskra Lawrence joins us for a meaningful conversation on self-love and the importance of body positivity. Founder of clean beauty line, Nyakio Beauty, Nyakio Grieco shares how she's changing the beauty narrative. She is also shedding light on how she turned her pain into purpose and stresses the importance of female friendships. She breaks down rich mom culture, the difference between dating in LA vs New York, and the importance of following your curiosity. Lipstick on the Rim: It’s Time To F*cking Love Ourselves. Serena Kerrigan Shares Her Secrets To Mind Blowing Confidence

Serena spills the tea on what it was really like to go on 50 first dates in front of thousands of people. Trust us, you don’t want to miss Serena’s must-have dating advice and confidence coaching tips.