12 Girl Power Books To Read With Your Daughter

Happy Women’s History Month! I strongly believe it’s important to teach our little girls to be strong and independent…even from a young age. My momma taught me and I’m definitely passing along those same sentiments to Scarlett. 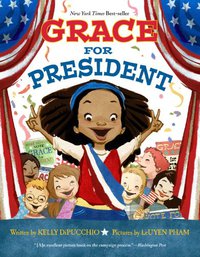 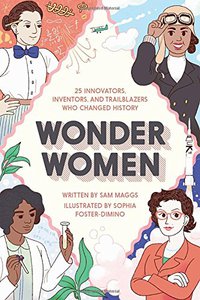 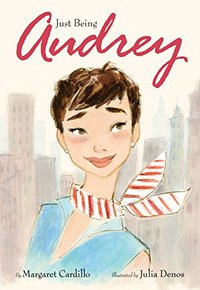 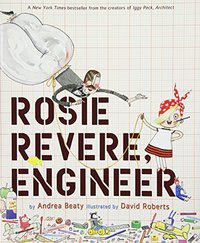 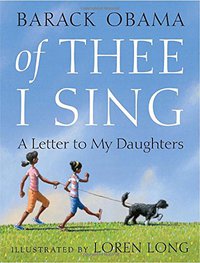 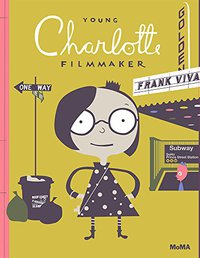 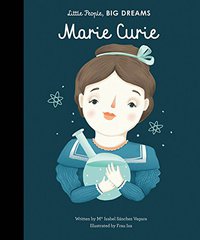 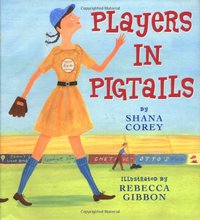 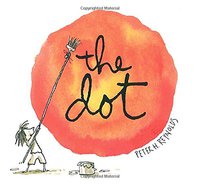 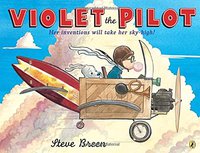 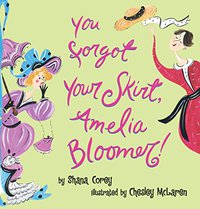 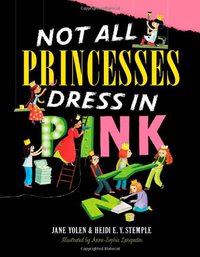 In honor of those women of our past who broke molds and stood strong, here are some books to instill those same qualities during your mother/daughter reading time:

“Where are the girls?” When Grace’s teacher reveals that the United States has never had a female president, Grace decides to be the first.  And she immediately starts off her political career as a candidate the school’s mock election!    Author Kelly DiPucchio not only gives readers a fun introduction to the American electoral system, but also teaches them the value of hard work, courage, and independent thought–and offers an inspiring example of how to choose our leaders.

Smart women have always been able to achieve amazing things, even when the odds were stacked against them. In Wonder Women, author Sam Maggs tells the stories of the brilliant, brainy, and totally rad women in history who broke barriers as scientists, engineers, mathematicians, adventurers, and inventors. Plus, interviews with real-life women in STEM careers, an extensive bibliography, and a guide to women-centric science and technology organizations—all to show the many ways the geeky girls of today can help to build the future.

3. Just Being Audrey by Margaret Cardillo

From Roman Holiday to Breakfast at Tiffany’s, when Audrey Hepburn starred in a movie, she lit up the screen. Her unique sense of fashion, her grace, and, most important, her spirit made her beloved by generations. But her life offscreen was even more luminous. As a little girl growing up in Nazi-occupied Europe, she learned early on that true kindness is the greatest measure of a person—and it was a lesson she embodied as she became one of the first actresses to use her celebrity to shine a light on the impoverished children of the world through her work with UNICEF.

Rosie may seem quiet during the day, but at night she’s a brilliant inventor of gizmos and gadgets who dreams of becoming a great engineer. When her great-great-aunt Rose (Rosie the Riveter) comes for a visit and mentions her one unfinished goal–to fly–Rosie sets to work building a contraption to make her aunt’s dream come true. But when her contraption doesn’t fl y but rather hovers for a moment and then crashes, Rosie deems the invention a failure. On the contrary, Aunt Rose inisists that Rosie’s contraption was a raging success. You can only truly fail, she explains, if you quit.

5. Of Thee I Sing: A Letter To My Daughters by Barack Obama

Barack Obama’s moving tribute to thirteen groundbreaking Americans and the ideals that have shaped our nation. From the artistry of Georgia O’Keeffe, to the courage of Jackie Robinson, to the patriotism of George Washington, President Obama sees the traits of these heroes within his own children, and within all of America’s children.

Young Charlotte is a filmmaker who loves everything that’s black and white, including spiders, penguins, and the old movies that she sees with her dad at the Golden Theatre (where the floors are sticky). With her camera at the ready wherever she goes, she finds inspiration for movies everywhere she looks. But when her colorful parents and colorful classmates just don’t “get” her, she’s ready to give up—until a lucky encounter with a film curator at The Museum of Modern Art in New York changes her perspective. Inspired by the films she sees at MoMA and stories of other pioneering directors, Charlotte gets to work. And it’s hard work! But when her movie finally premieres at the Museum, Charlotte is thrilled to be doing exactly what she loves best.

This book follows Marie Curie, whose love of learning helped her to revolutionize the fight against cancer with her discovery of radium and polonium. This inspiring and informative little biography comes with extra facts about Marie’s life at the back.

8. Players In Pigtails by Shana Corey

Did you know that one of America’s favorite songs, “Take Me Out to the Ball Game,” was written about a girl? And that in the 1940s girls all across America were crazy for our country’s favorite game?

These little known facts inspired Shana Corey to imagine a story about how one determined girl made her way to the big leagues & found a sisterhood of players in pigtails. With the same exuberant spirit that fueled the formation of the All American Girls Professional Baseball League, joyful text & jubilant pictures celebrate these brave girls’ love of the game & the league they called their own.

9. The Dot by Peter H. Reynolds

Her teacher smiled. “Just make a mark and see where it takes you.”

Art class is over, but Vashti is sitting glued to her chair in front of a blank piece of paper. The words of her teacher are a gentle invitation to express herself. But Vashti can’t draw – she’s no artist. To prove her point, Vashti jabs at a blank sheet of paper to make an unremarkable and angry mark. “There!” she says.

That one little dot marks the beginning of Vashti’s journey of surprise and self-discovery. That special moment is the core of Peter H. Reynolds’s delicate fable about the creative spirit in all of us.

10. Violet The Pilot by Steve Breen

By the time she’s two years old, Violet Van Winkle can fix nearly any appliance in the house. And by eight she’s building elaborate flying machines from scratch—mind-boggling contraptions such as the Tubbubbler, the Bicycopter, and the Wing-a-ma-jig. The kids at school tease her, but they have no idea what she’s capable of. Maybe she could earn their respect by winning the blue ribbon in the upcoming Air Show. Or maybe something even better will happen—something involving her best-ever invention, a Boy Scout troop in peril, and even the mayor himself!

Amelia Bloomer, a rebellious reformer and early women’s rights activist, invented bloomers (baggy pantaloons worn with a short skirt over them), thus liberating women from the dangerous and oppressive clothing of the mid-nineteenth century. Here is her story, told in buoyant, witty text and beautiful, high styled-illustrations.

12. Not All Princesses Dress In Pink by Heidi E.Y Stemple & Jane Yolen

Princesses come in all kinds. These charming illustrations prove that girls can jump in mud puddles and climb trees, play sports and make messes—all while wearing their tiaras! Not every girl has a passion for pink, but all young ladies will love this empowering affirmation of their importance and unlimited potential. By using this website, you agree to our use of cookies. We use cookies to provide you with a great experience and to help our website run effectively.Accept
Be In The Know
Sign Up For My Newsletter
Join The Beauty Scoop Club
Become A Member
Follow Me
@Mollysims
Sweat With Sims
30-Day Fitness Program
Molly's Spring Book List & Podcast